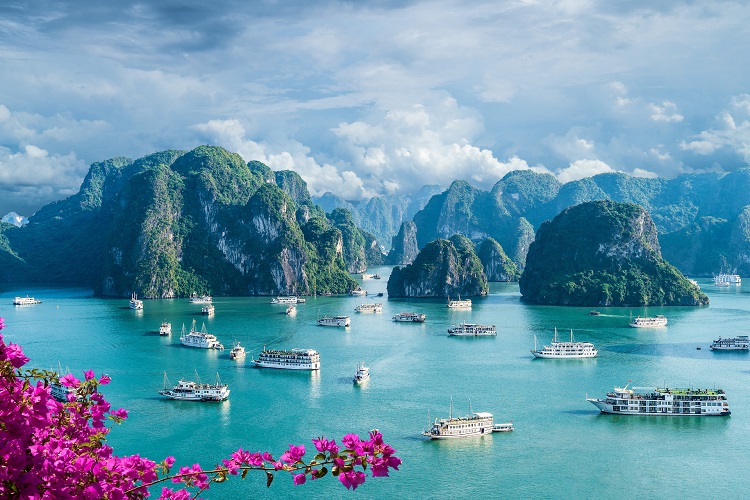 Hạ Long Bay or Halong Bay is a UNESCO World Heritage Site and popular travel destination in Quảng Ninh Province, Vietnam. The name Hạ Long means "descending dragon". Administratively, the bay is a part of the Vân n district, Ha Long City, and Cm Ph City. Numerous limestone islands and karsts in all sizes and shapes may be seen in the bay. The broader zone that encompasses Bai Tu Long Bay to the northeast and Cát Bà Island to the southwest is centered on H Long Bay. The geological, topographical, geomorphological, climatic, and cultural characteristics of these bigger zones are similar.

A total of 1,960–2,000 islets make up the about 1,553 km2 (600 sq mi) area of Ha Long Bay, the most of which are made of limestone. The bay's central region covers 334 km2 (129 sq mi) and is home to 775 islets in high concentration. It took 500 million years for the limestone in this bay to form under various climates and habitats. Under the influence of the tropical wet environment, the karst in this bay has evolved over the course of 20 million years. Biodiversity in the area has been produced by the geo-diversity of the environment, and it includes tropical evergreen, oceanic, and seashore biosystems. There are 60 endemic animal species and 14 endemic floral species in Ha Long Bay.

Around 1,600 limestone monolithic islands, each topped with dense jungle vegetation and rising dramatically from the sea, make up the bay. Many of the islands have vast caves and are hollow. The biggest grotto in the Ha Long region is called Hang Dau Go (Wooden Stakes cave). In the late 19th century, French visitors dubbed the cave Grotte des Merveilles after their visit. Stalactites and stalagmites abound in its three spacious chambers (as well as 19th-century French graffiti). Two larger islands, Tun Châu and Cát Bà, have year-round residents in addition to tourist amenities including hotels and beaches. The smaller islands have a lot of gorgeous beaches.

Four fishing villages on Ha Long Bay—Cua Van, Ba Hang, Cong Tau, and Vong Vieng—in Hung Thang ward, Ha Long city, are home to over 1,600 people. They are supported by fishing and marine aquaculture (the cultivation of marine biota), scouring the shallow waters for 200 types of fish and 450 different varieties of mollusks. They reside in floating homes. Numerous islands have names derived from interpretations of their odd shapes. These names include Mai Nha Islet, Ga Choi Islet, Khi Islet, and Voi Islet (elephant, fighting cock, and monkey, respectively) (roof). All 989 of the islands have names. Some of the islands are also home to a variety of birds and animals, such as bantams, antelopes, monkeys, and lizards.

The majority of these islands are shaped like distinct towers in a typical Fenglin landscape, with heights ranging from 50 to 100 meters (160 to 330 feet) and height to width ratios as high as six.

The number of lakes inside the limestone islands is another unique aspect of Ha Long Bay. Dau Be island, for instance, contains six contained lakes. All of these island lakes are located in the fengcong karst and are drowned dolines. 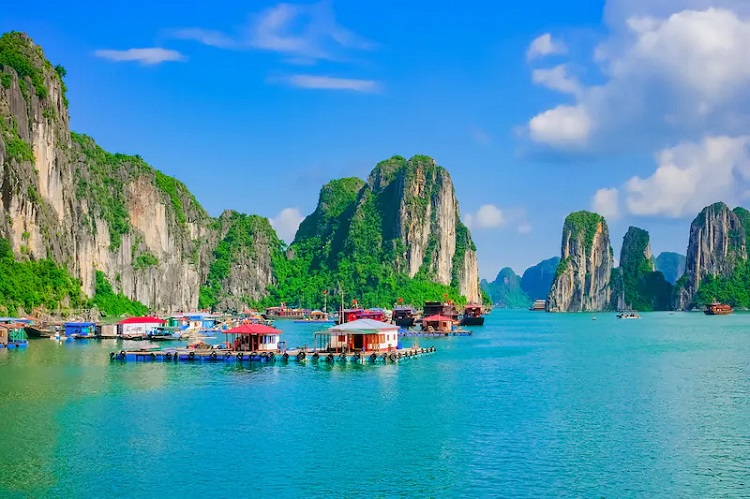 Ha Long Bay’s climate can be cool with clear skies from September to November. Mist drifts in from December to March making the bay look all the more mysterious. April and May offer sunshine and a refreshing breeze, while the monsoon season can make visits unpredictable from June to August.

Most visitors to Ha Long Bay opt for a packaged cruise, including transport to and from Hanoi. Independent travellers can take a bus to Ha Long City or Hai Phong and a taxi to the port. It’s also possible to charter a seaplane for a 45-minute ride direct from Noi Bai International Airport. Travelling Ha Long Bay is best by boat. Those looking for a bird's-eye view can book a 15-minute seaplane ride over the bay. In Ha Long City you can hire a taxi to get around town.

From November 2021, Ha Long will open to an unlimited number of vaccinated tourists, who will be able to travel without quarantine requirements. Please check the current travel advisory for updates and application details.

The largest and most stunning cave in this heritage center is Sung Sot Cave. The cave contains a massive network of stalactites and stalagmites in a variety of shapes, showcasing nature's magnificent creation. The ascent to the top of Sung Sot Cave's trail, which winds through a forest canopy with rocky steps, is extremely thrilling. This location is a must-visit on your Halong Bay bucket list and welcomes thousands of visitors every day. 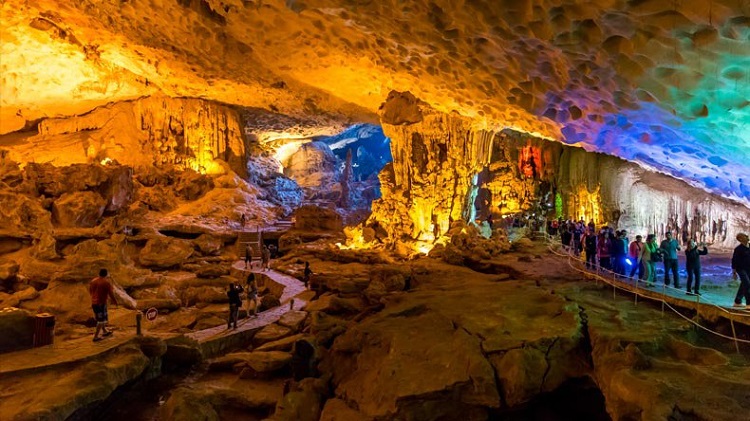 Titov Island, a well-known destination when exploring Ha Long Bay, is a notable natural attraction with a magnificent mountain and brilliant beach. The island is encircled by a high mountain slope on one side and a crescent-shaped beach on the other. Visitors have a choice between challenging themselves by climbing more than 400 steps to the mountain deck or going to the beach to enjoy the tranquil ocean and white, light sand. 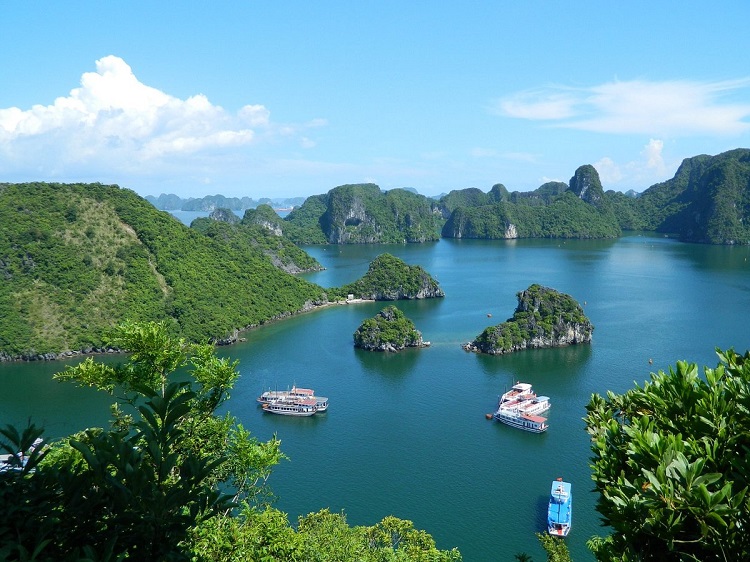 Cua Van fishing village has long been a popular tourist destination as well as the home of local fishermen. When you visit the fishing village of Cua Van, you can not only take in the serene ambiance created by the unusual floating homes, but you can also engage in various activities like rowing boats, drop fishing, and visiting fish farms in the middle of the sea to learn more about the customs and daily lives of fishermen and women. 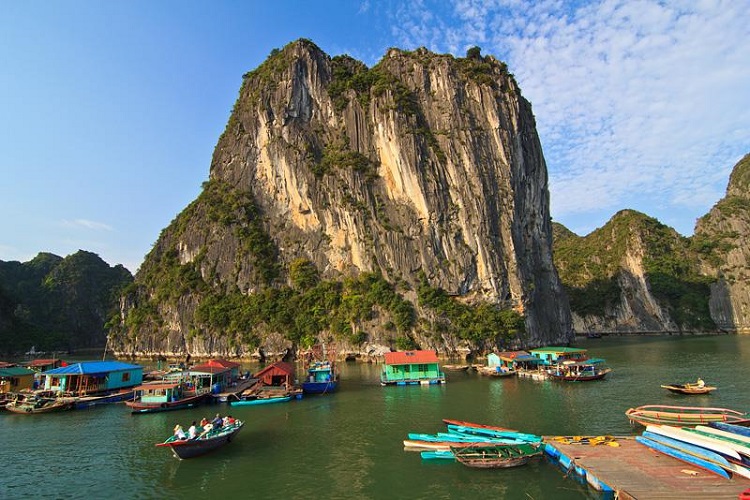 Of the 1,969 islands in Halong Bay, Tuan Chau Island is the largest and only one that is inhabited. A packed entertainment complex is also present here, complete with enormous water parks and spectacular shows including dolphins and sea lions in the water. Additionally, Tuan Chau Island has a beautiful man-made beach to keep you surrounded by the ocean at all times. This is a great location to experience more fun and excitement from vibrant beach activities because it is only 2 kilometers from the heart of Halong City. 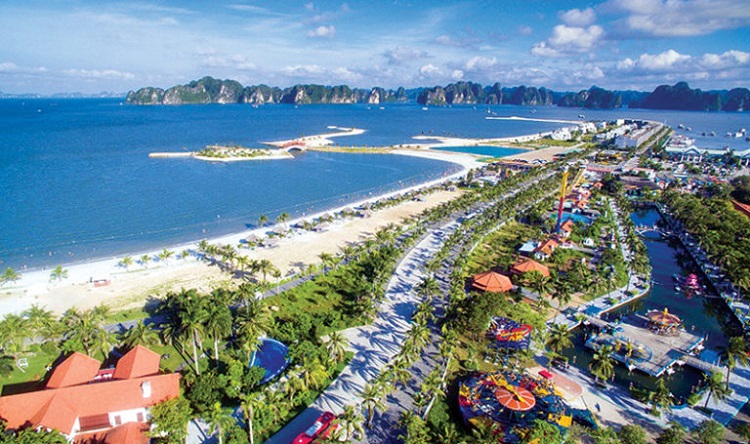 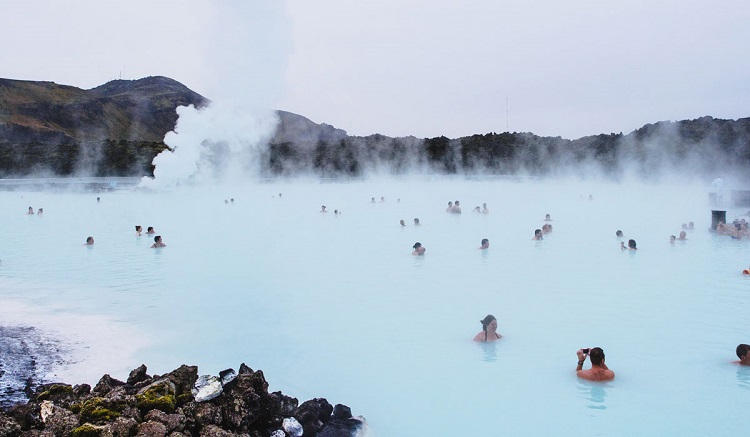 Blue Lagoon in Iceland: A Guide to the Perfect Geothermal Spa Vacation

The Best Venice Tours and It's Guidelines 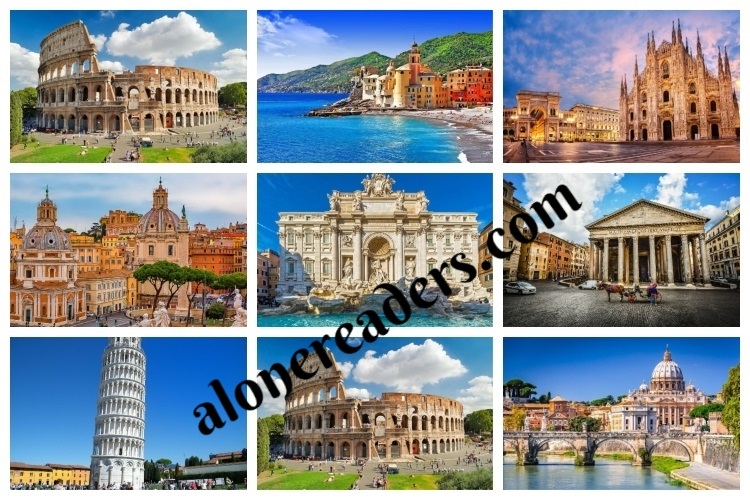 Things to Do while Visiting in Italy 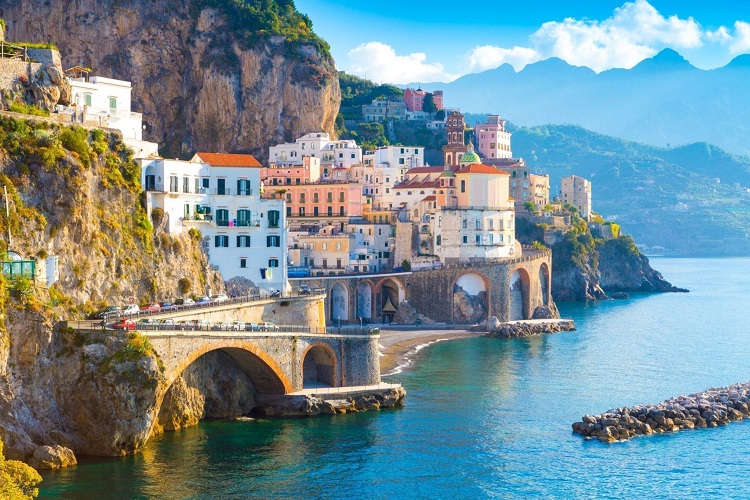 10 Italian Cities that You Must Visit 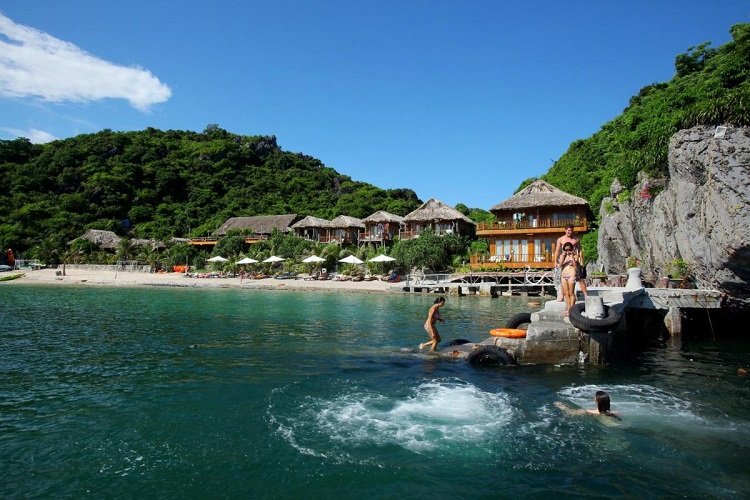 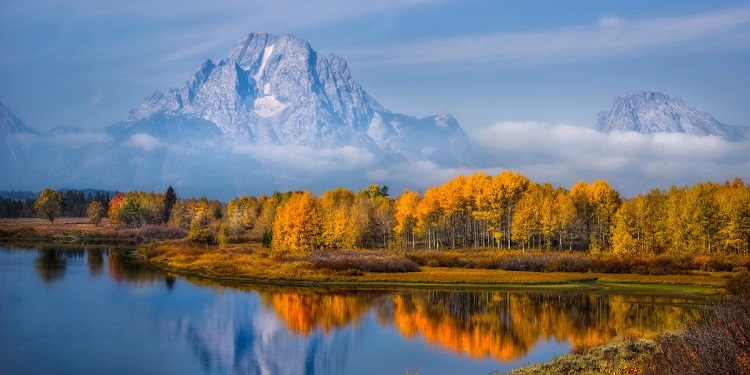 20 Most Visited Tourist Attractions in the USA